History of the Sovereign State of Winneconne

The Original Leaders of the Sovereign State of Winneconne: 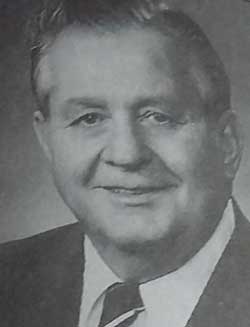 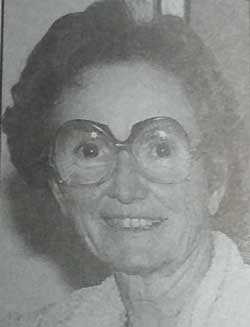 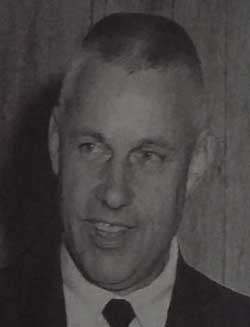 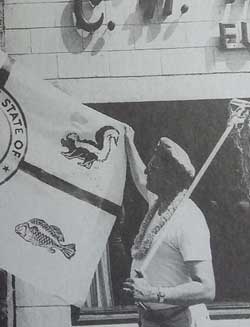 Secretary of the Navy

Map Makers Napping When They Should Have Been Mapping

It was probably the most exciting, upbeat seven months in Winneconne history - and it all began in the office of the Winneconne News.

The tabs will change the text in the content box just below the tabs.

A printing salesman from Milwaukee came in about the middle of January. It was a cold, blustery day, and he was complaining about having a hard time finding Winneconne. He said we weren’t on the new highway map.

That gave C. O. Rogers, publisher of the Winneconne News, a good lead for his next weekly column, “Look Out Below.” He wrote, “Guess what? Would you believe that the village of Winneconne is no more? The state map makers must have been napping when they should have been mapping – they completely eliminated the village from the new Wisconsin road maps. They were gracious enough to leave the dot where Winneconne used to be, but the name was lost somewhere between Omro and Butte des Morts.”

That did it! When the Chamber of Commerce got hold of it, the fun began.

There we were – a fishing paradise, reduced to an unidentified dot on the map. Butte des Morts was there. Omro was there. But where was Winneconne?

The Chamber had worked hard to get recognition for the village. Every winter they went to the All Wisconsin show in Chicago and touted the virtues of Winneconne on the Wolf. And now no one would be able to find it.

This was a matter for the governor.

Vera Kitchen, president of the Chamber, fired off a letter of protest to Governor Warren P. Knowles:

“Dear Sir, We would like to call your attention to the omission of Winneconne on the new 1967 official Wisconsin highway map, published by the State Highway Commission. As a small community, we do a great amount of advertising for Winneconne and Wisconsin, which you undoubtedly know. If something can be done to correct the 1967 map, we would greatly appreciate your efforts.”

His reply was less than satisfactory,

was referred to the State Highway Commission who is responsible for the preparation of the map. They have informed me that prior to, or during, processing of the negative which contained the names of various municipalities, the name of Winneconne was obliterated and was not observed to be missing during the proof-reading of the map …

They have indicated that the safeguards have been established to prevent such occurrences in the future, and, if there should be additional copies of the 1967 map printed, the name will appear on the map. It will definitely appear on the 1968 map. We are sorry that this error was made and can appreciate very much your interest in correcting it.”

Less than a week later, a Milwaukee journalist picked up on the story:

January 27, 1967. Winneconne, Wisconsin, is only a wide spot in the road on the official 1967 Wisconsin highway map, and residents of the Winnebago County village don’t like it.

Where in past years the name of the Wolf River community was printed in all its mellifluence along the south shore of Lake Poygan, on the 1967 map, there’s just a big bare space, all the way from Butte des Morts to Borth.

Oh, there’s a little round dot on Highway 116 where it crosses the river, and Winneconne’s name and population (1,273) are in the index of incorporated cities and villages. There’s even a key that tells you Winneconne is in sector 7-H. But when you look at section 7-H, Winneconne isn’t there. A black little circle marks the spot where it used to be.

Village officials - from President James P. Coughlin and Chamber of Commerce President Vera Kitchen on down - are worried.

Those countless walleyes and white bass that each spring make Winneconne a port of call on their honeymoon trips up the Wolf River to the spawning grounds - what will they do now?

Each year there are lots of new fish making the trip for the first time. This spring Winneconne people will be waiting with baited hooks, hoping the migration will take place anyway.

Even if the fish find Winneconne, though, will the fisherman be able to locate it? This has fisherman even more worried.

“Why,” says Chamber of Commerce director C. O. Rogers, “ a Milwaukee salesman came in last week and asked if Winneconne was still here. He couldn’t find it on the map.”

Rogers said that was the first time he realized the town had been slighted. “Heck,” he said, we wouldn’t notice it ourselves. We know where Winneconne is.”

Mrs. Kitchen, as president of the Chamber, fired off a letter to the State highway Commission, which is in charge of the map, telling of Winneconne’s displeasure. But a commission official said that 1,100,000 of the maps have been printed, and the error cannot be rectified unless another printing is needed.

“The map is put together in a paste-up process before engraving, and the little slip of paper with the Winneconne name on it must have fallen off, “ the commission official said.

In that nameless town upstate, though, Rogers summed up the feeling, “All we’re interested in,” he said, “is putting Winneconne on the map and keeping it there.”

In the meantime, if you’re thinking of vacationing this summer in the Lake Poygan or Lake Winneconne area, taking a fishing trip on the Wolf River this spring or just getting across the river between Oshkosh and Fremont, that little unnamed dot on your map is Winneconne. And if you can’t find it, just go to Borth and ask directions.

From there things the fun began:

A Secret Committee was formed to look at what the village should do next. They discussed

Setting up a Sovereign territory of Winneconne with Village President James Coughlin as king - known as King Kong.

Setting up toll gates on the highway and bridge

At this point the village government got involved. The Secret Committee recommendations were reviewed. “We will be most pleased to put the full resources of our organization into the battle to protect our rights and privileges under these very unfortunate circumstances thrust upon us.”

The story spread all over the country with the Winneconne News as the link to the rest of the world for a forgotten village.

A nationwide contest was run to get ideas on how to get Winneconne back on the map.

Plans were made for Winneconne to secede from the state on July 21, 1967.

“WHEREAS a governmental organization is essential to the health, protection and well being of the citizenry,

WE, the Village Board, therefore declare James Coughlin to be president of the new state of Winneconne; Vera Kitchen to be prime minister and custodian of Vera’s Kitchen Cabinet; William Schlapman to be secretary of state and chief administrator for all activities pertinent to the celebration of Secession Day and subsequent development of plans beneficial to the establishment of the Sovereign State of Winneconne in its rightful place in the worldwide family of nations.”

Governor Knowles, realizing that the village was serious, sent an urgent telegram asking the village to reconsider this drastic action.

Negotiations on Sunday led to a successful solution.

The governor agreed to have signs placed at Highways 41 and 110 directing motorists to the community.

He assured that Chamber officials could review the 1968 maps before going to print.

The village would be restored to its former position in the state and Winneconne visitor brochures were to be displayed in all state tourist promotion centers.

At 12:01 p.m. Winneconne rejoined the state of Wisconsin!

If you are interested in seeing what others thought of the story, here is an article in the Chicago Tribune dated October 27, 1968